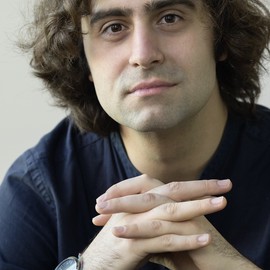 Faculty of Economics, University of Cambridge

I am currently a visiting scholar at the University of Cambridge, and from September 2021 I will be joining the University of Exeter as assistant professor. I am also a classical pianist, performing internationally.

I work at the nexus of development, environmental and mathematical economics. My current applied research studies the economic impact of endemic diseases, with a focus on Sub-Saharan Africa. I also work on probability theory and stochastic analysis, with a focus on nonlinear diffusion processes.

Schistosomiasis, Agriculture and Migration in Africa - A Joint Economic and Ecological Analysis

What are the complex relationships between schistosomiasis, economic development and migration in an African context?

Irrigation schemes are one of the most important policy responses designed to reduce poverty, particularly in sub-Saharan Africa. Concomitantly, they facilitate the propagation of schistosomiasis, a water-based debilitating disease that is endemic in many developing countries. We study the economic impact of schistosomiasis in Burkina Faso via its burden on agricultural production. We use new data and new methods, merging high-resolution disease maps with agricultural survey data and using spatial densities of the intermediate vector of the disease, freshwater snails, as instrumental variables. We estimate a substantial negative effect of the disease. Poorer households engaged in subsistence agriculture bear a far heavier disease burden than do richer ones, showing that schistosomiasis is both a driver and a consequence of poverty. We show that the returns to water resources development are significantly reduced once its health effects are taken into account. We reconcile these results with a theoretical framework which shows how the joint dynamics of disease and the production decisions of farmers create Pareto-inferior endemic Nash equilibria. The wealth-dependent disease reproduction rate is the key determinant of the stability of the equilibria, and can generate poverty traps. A stochastic extension of the model shows how this rate controls the probability flow between the system attractors. We show how social optima require deviations from separability proportional to the disease burden on the maximized utility paths, and how complete information on the feedback between wealth and disease can potentially allow farmers to escape the poverty trap.

Irrigation schemes are one of the most important policy responses designed to reduce poverty, particularly in sub-Saharan Africa. …
Daniele Rinaldo
PDF

The Economic Impact of Schistosomiasis

We study the economic impact of schistosomiasis, a parasitic disease with a complex transmission cycle which is endemic in many developing countries, by means of its effect on agricultural production. We create a novel dataset that combines high-resolution disease prevalence maps with detailed agricultural and household surveys. We find a large, negative and nonlinear causal effect of the disease on yields. Our empirical results provide further proof of the negative feedback between disease dynamics and water resources development, and are consistent with schistosomiasis constituting a poverty-reinforcing productivity shock.
Daniele Rinaldo, Javier Perez-Saez, Penelope Vounatsou, Jean-Louis Arcand
PDF

Can one hear the shape of a target zone?

Can one hear the shape of a target zone? Yes, if the fundamental process isn’t too destabilized by the underlying risk.
Daniele Rinaldo, Jean-Louis Arcand, Shekhar Hari Kumar, Max-Olivier Hongler
PDF

We extend the celebrated Rothschild and Stiglitz (1970) definition of Mean-Preserving Spreads to a dynamic framework. We adapt the …
Daniele Rinaldo, Jean-Louis Arcand, Max-Olivier Hongler
PDF

A model of firm investment under uncertainty and partial irreversibility in which uncertainty is represented by a jump diffusion.
Neha Deopa, Daniele Rinaldo
PDF